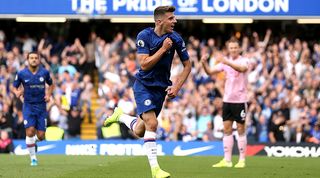 As Richard Jolly pointed out in his excellent feature last week, Premier League clubs may have actually spent more intelligently than ever before in summer 2019.

In England, only one player over 26 was bought for more than £10 million, suggesting a clear shift towards more youth-orientated strategies instead of short-term (and expensive) gap-filling.

Manchester United are at it under Ole Gunnar Solskjaer, who has given Premier League minutes to seven players aged 23 or under this season – joint with Brendan Rodgers’ Leicester, whose first-team core is the youngest in the league, and Unai Emery’s Arsenal.

Even Sean Dyche, proponent of all things experienced and British, has a highly rated teenager among his ranks – though only one, which means the Clarets are joined by Brighton, Crystal Palace and Watford in having sole representatives of this Premier League Breakfast Club.

Since there are a lot of names to get below, we’re giving you 15 minutes to name as many players as you can – giving you their club and age – before telling us how you did @FourFourTwo. Retweets up for grabs, but no spoilers please.

When you’re done, why not challenge some pals?

QUIZ! How many of the 201 players to feature in the Premier League for Arsenal can you name?