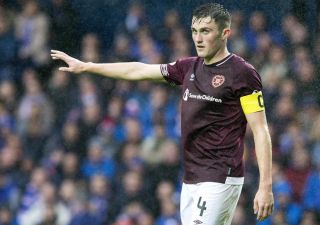 Boss Craig Levein said Steven Naismith (hamstring) was unlikely to be risked after a precautionary scan revealed fluid around the tendon.

Motherwell will be without defender Charles Dunne after he sustained a groin injury.

Stephen Robinson has signed Bevis Mugabi on a short-term deal as cover and he could play some part along with deadline-day signing Mark O’Hara.