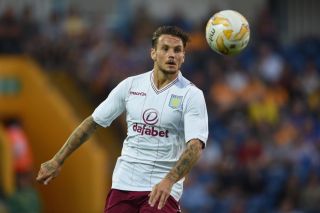 The versatile 25-year-old, who can play in defence and midfield, goes straight into Bolton's squad for Wednesday's third round League Cup tie at Chelsea.

Herd, an Australia international, has made 42 appearances for Villa since joining the club in 2005.

However, his first-team opportunities at Villa Park have been somewhat limited and he will look to gain valuable playing time at the Macron Stadium.

It marks the latest temporary switch for Herd, who has also enjoyed loan spells at Port Vale, Wycombe Wanderers and Lincoln City.

Herd's arrival is Bolton's third signing in the space of a week after manager Dougie Freedman also drafted in goalkeeper Paddy Kenny and midfielder Max Clayton.