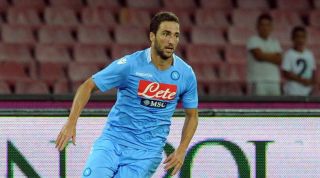 However, the Argentina forward felt his side should have done more and was enraged at the prospect of the club missing out on the competition proper.

"The truth is I don't feel like talking right now," Higuain – who was visibly angered after the final whistle – told Sky Sport Italia.

"Napoli have to play in the Champions League.

"We'll have prepare well for the next match. We have to go there to win and Napoli have to do it.

"We have the team to achieve this."

Winning in Bilbao will be no easy task for the Naples-based Serie A club, with Athletic dropping just two La Liga matches at home last term.