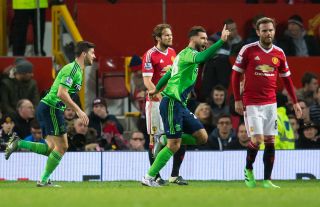 The Queens Park Rangers hotshot recently penned a deal with Southampton and scored a debut winner against Manchester United, after scoring 48 goals in 89 appearances for the Hoops including 18 in the top flight last term.

And Hoddle believes the 26-year-old would have been an ideal loan signing for the White Hart Lane outfit, who are on the lookout for reinforcements up front to relieve the strain on 16-goal talisman Harry Kane.

Speaking to FourFourTwo, the BT Sport pundit said: “Personally I would have got Charlie Austin in on loan until the end of the season: a proven Premier League goalscorer and someone who may have been happy to sit on the bench and come on with Kane or for Kane as and when.

Hoddle is confident that his former club’s current squad, guided by their highly rated Argentine coach, can maintain consistency and handle the pressure that comes with the business end of the campaign.

“I think they've got a strong enough squad to actually cope this season,” he said. “At the moment they've only really got [Jan] Vertonghen who's injured.

"Every team can have one or two injuries and Spurs have only had that this season – they haven't had a crop of injuries. At the moment they're in good stead and they're in a positive mood.

“Mauricio Pochettino has done a terrific job and it's only now that we're beginning to see his own squad. I think he inherited players that didn't suit his style of how he wanted to go about things, with the energy that he wanted to put into the team. He had a good pre-season where he's got the fitness under the belt of the players and that was key for him - bringing in his own players who have that energy.

"There was a transitional period that they've gone through now. I think they're really on a good course at the moment and they're being guided nicely.”

Watch Colchester vs Tottenham in the Emirates FA Cup fourth round live and exclusive on BT Sport 2 from midday this Saturday. Visit btsport.com for more info.