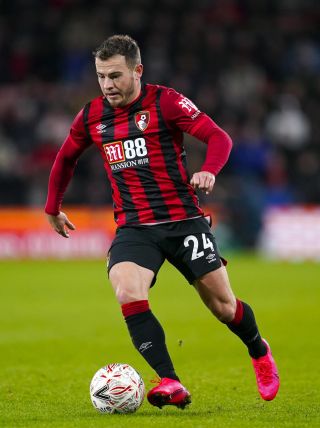 Eddie Howe reckons Ryan Fraser proved his commitment to Bournemouth in the 2-1 win over Aston Villa.

Fraser, who is out of contract in the summer, irked fans this week after admitting playing for the team in the first half of the season was not his priority as he concentrated on his own future.

The Scotland international, linked with a move to Arsenal, has admitted his mistake and put in a wholehearted performance in the vital victory over Villa, which moved the Cherries out of the bottom three.

Howe thanked the fans for their support of Fraser and sympathised with his winger.

“Ryan is an incredible talent, he is a great lad, Ryan wants to do well, he wants to play for the team and the club,” he said.

“The fans were brilliant with him and he was very good in return, he showed how important he is.

“You work with them every day and you see their personalities. You know them as people.

“When you see something that has maybe come out the wrong way and he ends up getting criticised, you feel for the lad sometimes, certain players and certain situations. It was nice to see him come out with a good performance.”

First-half goals from Philip Billing and Nathan Ake won it for Bournemouth, though after Jefferson Lerma was sent off, Mbwana Samatta made a game of it for Villa.

Samatta scored on his Premier League debut and in the process became the first Tanzanian to score in the division.

“That was my dream, always when I was a kid, until today,” he told the club’s official website.

“It’s a dream come true and for everybody in Tanzania it was a dream to see a Tanzanian player play in the Premier League.

“It’s okay when you score goals as a striker. I came here two weeks ago and everybody is looking forward to seeing me score goals.

“But when you lose a game you cannot be happy because, as a group, we have to win together and lose together. I scored but I’m disappointed because of the result.”