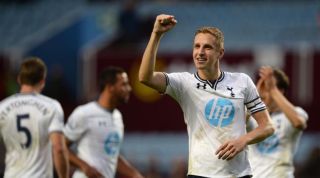 The 30-year-old arrives at the KC Stadium on a three-year contract, following in the footsteps of brother Andy, who spent 10 years at the club.

Dawson, who has won four England caps, appeared to be surplus to requirements at White Hart Lane, where he held the role of club captain.

Despite being allowed to leave, Dawson expressed gratitude to Tottenham for his nine years in north London.

"I have been here for almost a decade and have loved every minute of it," he told the club's official website. "I would like to say thank you to everyone at the club, including the supporters.

"We have enjoyed some incredible moments together and I hope the club continues to move forward in the future."

Dawson becomes the latest addition to the Hull squad as they look to cope with the added requirements of European football, with manager Steve Bruce having already recruited Tom Ince, Jake Livermore, Robert Snodgrass, Andrew Robertson and Harry Maguire.