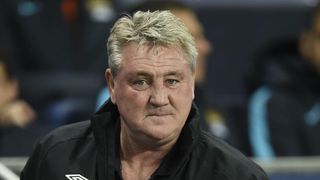 Hull City have confirmed boss Steve Bruce has held informal talks with the Football Association over the England manager's job.

The position has now been vacant for three weeks after Roy Hodgson resigned in the immediate aftermath of England's defeat to Iceland at the last-16 stage of Euro 2016.

Sunderland's response was to urge the FA to do their business quickly so as to avoid disrupting their preparations for the new season, and Hull have done likewise.

Their statement read: "The club can confirm that manager Steve Bruce has held informal discussions regarding the England vacancy, although no official approach has been received from the FA.

"We would hope to see the FA conclude their business quickly in order to avoid further speculation regarding Steve ahead of what is a season of huge importance for the club following our return to the Premier League."