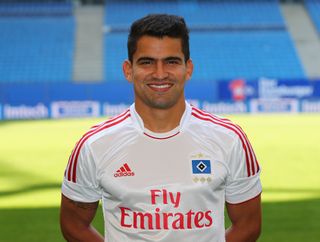 Hull manager Steve Bruce has previously stated a desire to add depth to his midfield, with Evian duo Eric Tie Bi and Mohammed Rabiu both names reported to be on his radar.

However, the Venezuela international is focused on playing well for his current club, rather than any potential move to England.

"I am with Hamburg and I will keep cool on this (link)," he told the Hamburger Morgenpost.

"For me, it's important to get regular first-team action."

Rincon is in the final year of his contract and Hamburg may be tempted to sell in order to secure a fee for the 25-year-old.

"We have to reduce the amount of players in the first-team squad," he said.

"If a club comes in with an offer for him, we will definitely have to consider it."