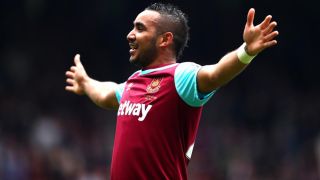 West Ham star Dimitri Payet is "100 per cent staying" at the club despite reported interest from elsewhere.

The 29-year-old was reportedly a target for Real Madrid among other sides after his strong performances in the Premier League last season and for France at Euro 2016.

However, Payet – who is contracted until mid-2021 – said he had no plans to leave West Ham.

"I've heard about all the interest and I'm flattered," he told The Sun.

"But I love West Ham. We had a fantastic season and I can't wait to play in the Olympic Stadium.

"I'm 100 per cent staying at West Ham, I love the club. I can tell the Hammers fans that."

Payet scored nine goals and had 12 assists in the Premier League last season before starring at the European Championship as France finished as runners-up.