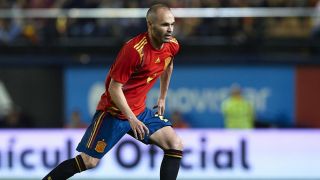 Andres Iniesta, the hero of Spain's 2010 World Cup final win over the Netherlands, was dropped for Sunday's last-16 clash with Russia in Moscow.

Iniesta has failed to shine thus far and is replaced by Real Madrid's Marco Asensio as one of three changes made by Fernando Hierro.

Thiago and Dani Carvajal were also named on the bench with Nacho and Koke handed places in the starting XI.

Cheryshev has scored three goals in the tournament but is named among the substitutes.