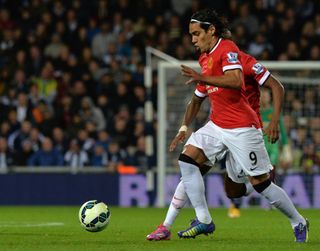 Colombia international Falcao missed last weekend's draw with Chelsea after sustaining a knock in training and has failed to recover ahead of the blockbuster clash with rivals Manchester City at the Etihad Stadium.

However, United manager Louis van Gaal stated that skipper Rooney will be involved after serving a three-match ban.

Reports in the British press claimed the England captain could miss the match with injury, a notion that Van Gaal dismissed.

"He was never injured," said the Dutchman when asked about Rooney. "He shall play, he is my captain.

"He has scored a lot of goals against City, the most of any player. I am very happy that he can play, and he shall."