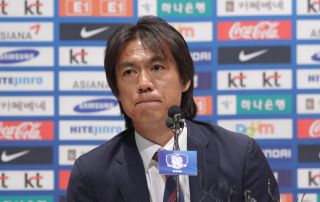 The Asian team's three-game tour of the USA will finish in Los Angeles with a friendly against the host nation at the Los Angeles Galaxy's Stubhub Center.

South Korea decided to take a K-League-based squad on tour so head coach Hong Myung-Bo could have more time to assess players ahead of this year's World Cup finals in Brazil.

Hong was given the job after Choi Kang-Hee had resigned following South Korea's successful qualification to Brazil 2014.

After a 1-0 win over Costa Rica and Wednesday's big loss to Mexico, Hong will surely want to see improvement with just two subsequent friendlies scheduled before the World Cup.

Having used fairly similar line-ups in the opening two matches, Hong may take the opportunity against the USA to test out a few other players.

For the USA, head coach Jurgen Klinsmann will most likely rely on the likes of Graham Zusi, Landon Donovan and Kyle Beckerman.

With the MLS out of season, Klinsmann has had a squad in camp for most of January in both Sao Paulo, Brazil and California.