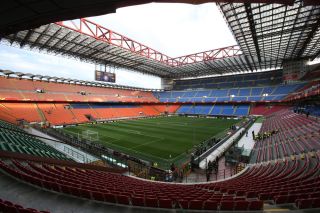 The President of the Italian Footballers’ Association has admitted it is time to consider the possibility that the season is over due to the coronavirus pandemic.

Damiano Tommasi responded to comments from Italy’s Minister of Sport Vincenzo Spadafora suggesting that he will on Monday propose a further extension to the suspension of all sport in the country.

Italy is the world’s worst affected country, with the pandemic death toll passing 10,000 over the weekend.

Tommasi, the former Roma midfielder, believes it is time to face the fact that the season may end here.

#SerieATIM is officially suspended. We're taking a break, but we can't wait to be back.#WeAreCalciopic.twitter.com/xhQY33g6gV— Lega Serie A (@SerieA_EN) March 11, 2020

“Tomorrow (Monday) we have one more element on the table than in the past few weeks,” Tommasi told ANSA as reported on the official Footballers’ Association website.

“Because after the words of Minister Spadafora, the concern that the championships will end here is there.

“You must therefore ask yourself the problem of the end of the season from a sporting point of view, of contracts.”

Serie A champions Juventus’ squad have agreed to take a temporary pay cut during the crisis and Tommasi wants to see solidarity across Italian football.

“On cutting wages, if possible, we are looking for a common solution,” he added.

“Juve went ahead but it did not take us by surprise, we knew everything. If there are no disputes between clubs and players, we are not required to intervene, if they have found an agreement, that’s okay.”

Spafadora has announced details of a financial package to support grassroots clubs but believes it is unrealistic to expect football to resume any time soon.

All sporting events have been suspended in Italy until April 3, with some reportedly hopeful that the season could restart on May 3, but Spafadora has quashed that idea.

“Tomorrow, I will propose to extend the stop of sports competitions of all levels for the rest of April.

“Sport is not just football, and football is not just Serie A. I will assign an extraordinary 400million euros plan to grassroots sport, to help the amateur level, a fabric that I am sure will be one of the engines of the rebirth.”