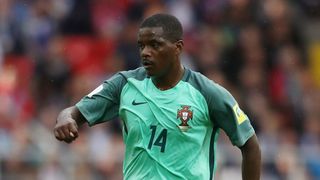 West Ham manager Slaven Bilic is prepared to wait until the end of the transfer window to complete the signing of Sporting CP midfielder William Carvalho.

The Portugal international has a €45million buy-out clause in the contract he signed in February 2016 and has been linked with a club-record move to London Stadium.

Negotiations for the 25-year-old are ongoing but Bilic is willing to be patient despite West Ham losing their first two Premier League matches of the new season.

"We are still waiting on that," Bilic told reporters on Tuesday when asked about Carvalho. "We are going to see what will happen in the last week of the transfer window.

"Some might go out and some come in. There's a week in front of us. Like most clubs we are ready to do something, both ways, in case something good comes on a plate. It's a maybe."

West Ham play Newcastle United on Saturday but Bilic played down rumours linking striker Andy Carroll - who is nearing full fitness - with a return to his former club.

"He's training for us. This is his second week, not a full second week, but let's say he's trained seven times with us," Bilic said.

"There's a question mark, definitely after the international break, but a big question mark regarding the Newcastle game. Is it too soon? He wants [to play] but I told him that we will say in next few days. We will decide on Friday.

"He's always a very interesting character to be in the papers for whatever reason. I think it is because we are playing Newcastle, he's from Newcastle and he's on the verge of coming back to the team. It's to fill the papers and I think that's the case."