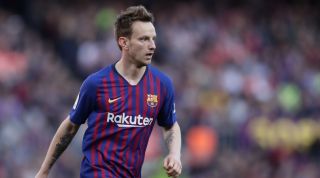 The Croatia international has been linked with a move to Manchester United, with reports in Spain this week claiming the Old Trafford club had made an approach.

Now Cadena SER has reported that Valverde has accepted Rakitic’s departure at the right price after a meeting with general manager Pep Segura earlier in the week.

However, the 31-year-old is yet to be convinced by a proposal that would suit both him and Barcelona.

Rakitic scored three goals in 31 league appearances for Barca in the 2018/19 season as they retained the La Liga title.