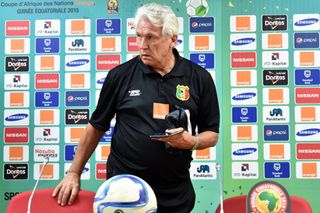 Renard ended his time in charge of the African champions to take over at Lille in May, with the The Federation Ivoirienne de Football (FIF) initially naming a 59-man shortlist of candidates to replace him.

Former France and Italy coaches Raymond Domenech and Giovanni Trapattoni as well as Nigeria boss Stephen Keshi were all on the list.

However, Guinea boss Dussuyer and Portuguese coach Duarte are now among those being considered.

Kasperczak - a former Ivory Coast coach who is vastly experienced in leading African nations - will fancy his chances, while Neveu also has managerial experience on the continent.

Antonetti lists Bastia, Nice and Rennes among his former employers, as well as Gamba Osaka.