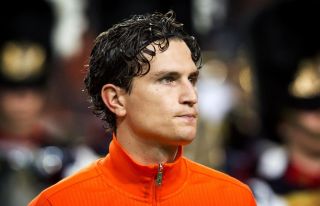 The defender has been linked with a move to Napoli in recent weeks, with Premier League side Tottenham also reported to be interested in the Netherlands international.

Janmaat made 30 appearances for Feyenoord in the Eredivisie last season, and was subsequently rewarded with a place in Louis van Gaal's squad for the FIFA World Cup in Brazil.

And the 24-year-old has hinted he would be open to a move away from Feyenoord, but only after he has helped his country in South America as they look to replicate 2010's run to the final.

"I want to play at high levels," he told heldenonline.nl. "I do not care where I'm going to play, the important thing for me will be joining a great team with players who will always give their best.

"Now, however, I do not think about the market. At this moment in my head there's only the World Cup."

Janmaat is expected to start in Netherlands' opening game of the World Cup against Spain, before they face Australia and Chile in Group B.