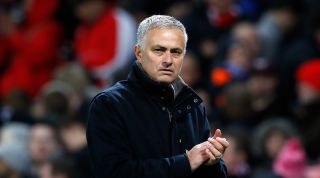 Jose Mourinho has hinted that his next managerial job could be in the Bundesliga.

The Portuguese has been out of work since his Manchester United departure in December.

He has been linked with numerous vacancies and was offered the post at Guangzhou Evergrande, an approach he turned down due to his desire to remain in top-level European football.

And Mourinho, who has worked in Portugal, England, Italy and Spain in the last 20 years, has revealed he is now considering a stint in Germany.

"I miss football, the adrenaline, the pitch, my work. Football is football,” he told Gazzetta dello Sport.

“I speak English, Spanish, Portuguese, French and Italian. I don’t exclude anything, not even Germany.”