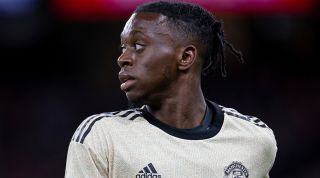 While their rivals continue to stretch recruitment nets around the globe, Manchester United are drawing theirs in closer to home. And in doing so, they are willfully making their annual rebuilding job more difficult and expensive.

After spending heavily to compete for some of Europe’s most sought-after players in recent years with minimal success – see the likes of Angel Di Maria, Paul Pogba, Memphis Depay and Alexis Sanchez – United have deigned to train their transfer focus on the best available young British talent this summer.

Having already spent £50m to sign Aaron Wan-Bissaka from Crystal Palace and £15m on Swansea City’s Daniel James, United are reportedly close to paying a record £80m for England defender Harry Maguire. They have been quoted £50m for Newcastle United’s Sean Longstaff, a top midfield target.

All of those players improve the options currently at Ole Gunnar Solskjaer’s disposal, but all come with a hefty premium too. By targeting players from other Premier League clubs – or, in the case of James, from a Championship club supported by Premier League parachute payments – United are choosing to operate in a seller’s market where the financial might of the division means its clubs are under no pressure to sell their best players.

By limiting their scouting pool to young British players, eschewing viable and cheaper continental alternatives, United are shrinking their market and emboldening the selling clubs to push up asking prices.

It is frankly ridiculous that Newcastle value Longstaff, a 21-year-old with eight Premier League appearances to his name, so highly – but it is also entirely their prerogative to do so. It’s claimed that Manchester United believe a fee closer to £20m is reasonable, and they’re right. But Newcastle don’t need to sell and know, given Solskjaer’s narrow criteria, that their rivals can’t have too many viable alternatives to turn to. They are therefore – willingly – in a weak negotiating position.

The same logic applies Leicester’s £80m valuation of Harry Maguire; one that would make the 26-year-old the most expensive defender in football history. The former Hull City man, while a fine centre-half, is a notch or two below the world’s very best – and yet Leicester can demand a record-breaking fee for his sale. Crystal Palace easily did the same when negotiating Wan-Bissaka’s move to Old Trafford.

Can confirm Harry Maguire has told #lcfc management and players he wants to pursue a move to #mufc or #mcfc if the valuation (£80m-£90m) is met. Leicester expect him to be professional if a move doesn’t materialise before the transfer deadline— John Percy (@JPercyTelegraph) July 15, 2019

In the six years since their last Premier League title, Manchester United have veered between strategic extremes. This has been most apparent in their managerial appointments, where each new boss has been installed precisely, it seems, because he has been the antithesis of the last – from the theoretically hungry and rising David Moyes to the experience and demonstrable success of Louis van Gaal; from Van Gaal’s staunch idealism to the pragmatism and win-at-all-costs mentality of Jose Mourinho; from his cold, outdated authoritarianism to Solskjaer, the collegiate homecoming hero.

At every turn, United have confused correlation with causation and neglected the notion of a middle ground. Having now seemingly decided that the superstar arrivals of previous summers don’t ‘get’ the club like young British players might, United have implemented another methodology that appears no more soundly reasoned than the last.

With so much ground to make up, they must broaden their horizons – not actively narrow them.