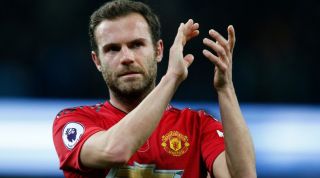 The Spain international agreed fresh terms with the Old Trafford club in June as he neared the end of his previous contract.

Before penning the extension, Mata was linked with the likes of Barcelona and Atletico Madrid.

However, 90min reports that the attacking midfielder received a mammoth contract offer from Chinese Super League side Shanghai SIPG, which he rejected in order to remain in Manchester.

The former Chelsea player is understood to have always favoured a stay, but he was originally unhappy with United’s offer of a one-year extension.

The 31-year-old eventually convinced the club to hand him a longer deal, which was signed in mid-June with just a fortnight to go until he was due to become a free agent.