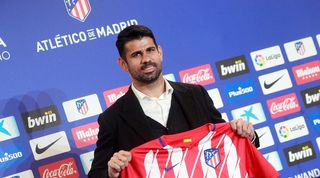 Didier Drogba, Thierry Henry and Paul Scholes all came back for one last hurrah after trophy-laden careers in England, while many have played their best football in a second spell: see Paul Pogba at Manchester United and Nemanja Matic at Chelsea, who both returned more mature and polished.

As always, though, some moves in football just don't work out. We look at eight who came back - and probably wish they hadn’t...

The man who captained Italy to World Cup glory and earned Ballon d’Or recognition in 2006 came back for a second round at Juventus in 2009, having left for Real Madrid three years earlier.

Cannavaro, who also turned out for hometown side Napoli, Parma and Inter before his first spell with the Bianconeri, was not on the best terms with Juve fans who hadn't forgiven him for leaving after the 2006 Calciopoli scandal which relegated the club to Serie B.

After consecutive Serie A title-winning seasons in his first spell, his second was one to forget. A number of injuries, poor form and red card in a Europa League hammering at Fulham meant his Italian job was over - and Dubai side Al-Ahli snapped him up on a free in 2010.

Premier League defenders were glad to see the back of loveable rogue Costa after an eventful three-year spell at Chelsea.

The Blues had signed him from Atletico for £32 million after a fine 27-goal 2013/14 campaign where his line-leading helped Los Rojiblancos to the Liga title – but the Brazilian had actually spent two years with Atleti between 2007 and 2009 before that. Back then, he was loaned out three times and left for Valladolid before returning to Madrid in 2010.

Costa led Chelsea to two titles in three seasons, before being told to leave via text message by Antonio Conte. The 30-year-old’s third spell at Atleti hasn’t worked so far - he couldn’t play until January 2018 due to a transfer ban, suffered a huge goal drought and was banned for eight games for abusing a referee. Never change, Diego.

Defoe started his career as a fresh-faced teenager at West Ham and was loaned to Bournemouth by the Cherries' former boss Harry Redknapp, who went on to work with him again at Portsmouth and Tottenham.

It was a masterstroke. Defoe scored 18 league goals for then-third tier Bournemouth, equalling a post-war record by scoring in 10 consecutive matches.

After a fine season with relegated Sunderland in 2016/7, a 34-year-old Defoe returned to the south coast to spearhead Eddie Howe's attack.

Or at least that was the plan, anyway. More than half of Defoe's 28 league appearances for the Cherries have been as a substitute, and yielded just four goals - leading to his loan stint at Steven Gerrard's Rangers in 2018/19. Not ideal.

The man known only by his first name (at least in his world, anyway) finally rocked up to the Premier League in 2016 after scoring willfully in Italy, Spain and France. The ever-humble Swede claimed he would become “the God of Manchester” after scoring 156 goals in four years at Paris Saint-Germain.

Ibrahimovic brought swagger and personality to Jose Mourinho’s side as he scored 28 goals in all competitions - including a late winner in the League Cup final - before suffering a nasty knee injury in the Europa League quarter-finals against Anderlecht which ended his campaign.

The self-proclaimed ‘lion’ was released by United in June 2017 - only to be re-signed two months later as he was nearing full fitness. Seven appearances, one start and a single goal later, Zlatan was off to sunny Los Angeles for a swansong in MLS.

Liverpool legend Fowler ripped through the ranks at Anfield and was nicknamed “God” during his time on Merseyside, after scoring 171 goals in nine seasons.

Fowler was part of the Liverpool side which won the League Cup, FA Cup and UEFA Cup treble in 2001, but the partnership of Emile Heskey and Michael Owen left him on the fringes in 2001/02.

After a breakdown in his relationship with manager Gerard Houllier, Fowler left his boyhood club for Leeds and spent three years at Manchester City before returning to Anfield in 2006.

With his best days being behind him and a lack of match sharpness evident, Fowler scored 12 goals in two sporadic seasons in which he became Liverpool’s sixth-highest goalscorer of all time.

One of English football’s more colourful characters makes our list after returning to Burnley in 2017 with tail firmly between legs.

The now-Fleetwood Town manager joined the Clarets in 2015 and was named in the Championship Team of the Season as Sean Dyche's side won promotion to the Premier League.

The move to Rangers that followed was ill-fated to say the least: four months into his spell he was suspended for a training ground altercation, and his contract was terminated shortly after. A brief return to Burnley in January 2017 was cut short by an 18-month FA ban for betting charges over a 10-year period, reduced by five months that summer.

Midfielder schemer Cole was a fans' favourite during his time in east London, having broken through as English football's most-hyped teenager.

He spent five years in claret and blue and was made captain by manager Glenn Roeder in his final season, before joining Chelsea for £6m in 2003.

After seven years at Stamford Bridge and spells at Liverpool and Lille, Cole returned to West Ham in 2013. Sadly for the midfielder, however, time - and injuries - had caught up with the former England midfielder and a torn hamstring limited his second spell with the Hammers, who eventually released him after 37 appearances in 18 months.

Beanpole striker Ulloa is best known for his time with Leicester, with whom he won the Premier League title in 2015/16.

It was on the south coast and Brighton, however, where he first made his name in English football. Ulloa scored 26 goals in two seasons for then-Championship Brighton, making him a firm fans' favourite at the Amex Stadium.

After Leicester signed forwards Islam Slimani and Ahmed Musa at the King Power in 2016, Ulloa’s playing time was limited - and he returned to Brighton on a six-month loan in January 2018. But his impact was minimal - just one league goal in 10 games later, he joined Mexican side Pachuca.

10 players who contradicted themselves with their transfer moves

10 one-season wonders who flopped after landing a big transfer