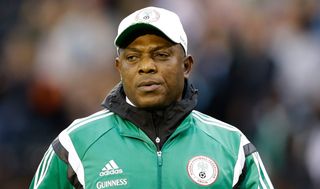 Both have retained their places and will make the trip to Brazil, where John Obi Mikel will appear at his first World Cup, having missed the finals four years ago through injury.

However, among the seven players removed from the squad is Sunday Mba - the scorer of the winning goal in the final of Nigeria's Africa Cup of Nations triumph last year.

Nosa Igiebor, Ejike Uzoenyi and Nnamdi Oduamadi are the others to be left out of the travelling party.

Nigeria will line up in Group F in Brazil alongside Argentina, Bosnia-Herzegovina and Iran.