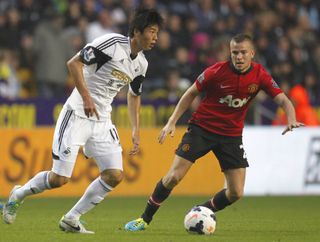 Ki, who has been capped 51 times by his country, becomes Paolo Di Canio's 11th signing of the transfer window.

The 24-year-old began his career in his home country with FC Seoul before moving to Celtic in 2009.

After three years at Celtic Park he moved to Swansea last season, where he made 38 appearances in all competitions.

Ki will join up with international team-mate Ji Dong-Won at the Stadium of Light.

The midfielder featured as a late substitute in Swansea's opening-day defeat to Manchester United and also started their 0-0 UEFA Europa League qualifying draw against Swedish side Malmo.