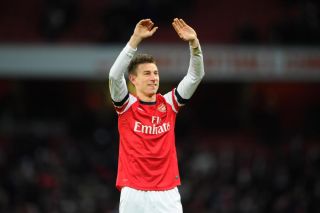 The France international has committed his future to the club, Arsenal confirmed on Friday, with manager Arsene Wenger stating his pleasure with the deal.

"Laurent has proven himself to be an outstanding player since joining us in 2010 and has showed his quality once again this season," he told the club's official website.

"I am delighted he has decided to commit his future to the club."

Koscielny, who arrived at the club from Lorient in 2010, has made 163 Arsenal appearances in all competitions and could clinch his first English trophy in the FA Cup final against Hull City later this month.

With the 28-year-old also set to feature for his country at the FIFA World Cup in Brazil, the deal could be the start of a positive few months for the defender.

He added: "I am very proud to have reached agreement with the club on a new contract.

"I have enjoyed four great years at Arsenal already, and I look forward to continuing to help the team in the years to come."