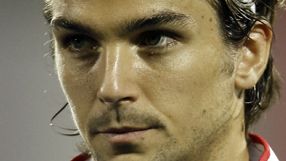 “Niko has two offers, one from Italy and one from England. I can’t say who from because that could jeopardise the deal,” Zlatko Kranjcar - coach of the Montenegro national team - revealed to Croatian media.

“He’ll be leaving for certain. As of January [Niko] will no longer be a Tottenham player. It’s his decision. There really is no point in sitting on the bench all the time. This is really belittling him.”

Kranjcar has made only a handful of appearances for Spurs this season since Dutch international Rafael van der Vaart moved to North London, but the Croatian international accepts that situations such as this occur in football and reiterated that no deal can be struck until Tottenham agree a move.

He is believed to be wanted by a number of Premier League clubs including Liverpool, Everton, Aston Villa and Newcastle.

“I have to wait for the winter and see what [Tottenham boss Harry Redknapp] thinks. But the way things currently stand, an exit is looming,” Kranjcar told Media Servis.

“I’ve accepted it and am not as disappointed as I could be. I still hope that my situation may improve, but if it doesn’t it’s only natural that I’ll be looking for a new club where I can spend my best years. I don’t intend on spending them on the bench."

And the playmaker insisted that he will seek a transfer for his love of the game and not the wage packet.

“I’m not in football for the money or to prove a point. I’m in it for my love of the sport and my will to play. So of course I can’t be happy if I don’t play."