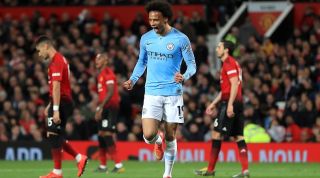 The Bundesliga champions will lose long-serving duo Arjen Robbery and Franck Ribery after this weekend's DFB-Pokal final and have identified Sane as a potential replacement.

The winger has dropped down the pecking order at the Etihad Stadium this term, with Pep Guardiola often favouring Raheem Sterling and Bernardo Silva on the flanks.

Sane only started four Premier League matches in the final three months of the season and could move on ahead of the 2019/20 campaign.

And Bayern believe they can persuade the Germany international to return to his homeland.

Sane only has two years remaining on his current contract and City may consider cashing in.