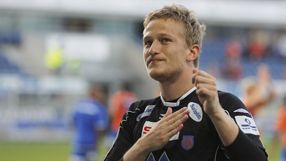 The 26-year-old, who has been linked with Manchester United and Arsenal, is also believed to be on the radar of several Spanish sides.

The goalkeeper - tipped to be the next Peter Schmeichel - is believed to be open to a move as he feels he can hold his own at the very top of the game.

He could be the man to succeed Edwin van der Sar at Old Trafford, with the Red Devils' boss Sir Alex Ferguson reported to have sent goalkeeping coach Eric Steele to watch the stopper.

Neither United nor the Gunners are yet to make a bid for Lindegaard’s services, but his representitive Michael Stensgaard is confident that the keeper will move on if an appropriate offer is made to the Norwegian club.

“There are clubs watching him, of course. I will not name them at the moment, but there are key clubs looking. He is currently performing well and playing to a good level. Unfortunately there is no news until we receive an offer”, he told Sport.co.uk.

“A move in the January transfer window can only happen when we receive a concrete offer. The player is open to a January move if it is the right club on the right conditions for his current club as well. Until we have an offer I cannot say anymore.”