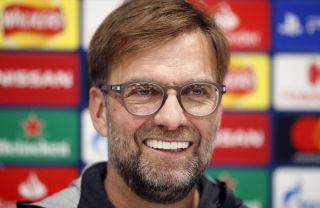 Liverpool manager Jurgen Klopp will warn his players again about Atletico Madrid’s gamesmanship but admits this time he will not be forced into protecting them against red cards.

In the first leg of their last-16 Champions League 1-0 defeat in the Wanda Metropolitano, Klopp substituted Sadio Mane as he feared he would be dismissed after being targeted by Atletico.

The hosts generated contact with the Senegal international, already on a yellow card, tried to manufacture a foul and then wildly remonstrated with the Polish referee Szymon Marciniak.

Klopp felt he had no option but to remove Mane at half-time as he wanted to keep the tie alive but knows he cannot afford to hold back at Anfield and expects his players – and Dutch official Danny Makkelie – to handle a repeat of the visitors anticipated antics.

“We spoke about that already but we will probably mention it again,” said Klopp.

“Yeah, that would help 100 per cent (to have his best players on the pitch for 90 minutes).

“Sadio did nothing wrong, absolutely nothing, and I still thought in the next situation it will be like this (a red card).

“But if it was always that easy for you to get out the best player of the opponent then there is something wrong with the game.

“You need always a referee who is aware of situations like this, we cannot do it by ourselves. We have no influence over that. We have to deal with it.

“We expect a really ‘experienced’ performance from Atletico, let me say that. In all different departments ‘experienced’ but we have to deal with that.

“But there is another area of football where we can be better, better than the first game and better than Atletico but we have to show that tomorrow night.”

But no matter what Klopp tells his side before kick-off, it is the players who have to deal with situations in the heat of battle.

Defender Andy Robertson is confident they are up to the task having already had first-hand experience.

“We’ve had that one game and to be honest over there I felt we dealt with it pretty well,” said the Scotland international.

“Of course it is frustrating at times but it is not going to change. We don’t have control of that. It is up to the referee to deal with it if it is getting too much.

“We need to be focused on our game and we can’t get annoyed at things we can’t control.

“We need to stay clear and calm in our heads and if we do that it gives us the best possible chance to perform at the highest level.

“Over there has helped us to experience that and hopefully know how to deal with it.

“Hopefully we can show that tomorrow night and stay calm and create the chances we need to create.”

Liverpool have been boosted by the return to fitness of captain Jordan Henderson.

The England midfielder has been out since injuring a hamstring in the first leg three weeks ago but trained on Sunday and Monday and is available to take his place in the squad as the Reds seek to overcome a 1-0 deficit.

“Hendo is ready but if we do that, I don’t know… or maybe I know and I don’t say!” said Klopp.

There was less positive news on goalkeeper Alisson Becker, however, who will miss not only this game but Monday’s Merseyside derby at Everton with a hip injury which has already sidelined him for two matches.

“Ali will not be ready for Monday,” added Klopp.