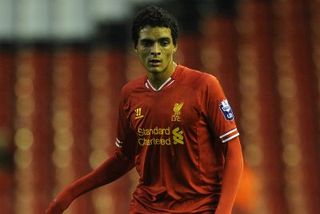 The Portuguese moved to Anfield from Sporting Lisbon on the final day of the transfer window in September but has failed to make a senior appearance for the club.

After only featuring for Liverpool's under-21 side this term, Ilori will spend the rest of the campaign at the Estadio Nuevo Los Carmenes.

He joins a team who sit 10th in the Spanish top flight after their 0-0 draw with Osasuna on Saturday.

Despite not yet breaking into the Liverpool first team, Rodgers said earlier this month that Ilori has a bright future at Anfield.

"I wanted to try to protect the present and the future of the club (by signing Illori)," he said.

"He is one for the future, but he can be a really big talent."