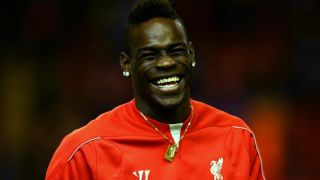 Former Liverpool manager Brendan Rodgers revealed the club's owners thought Mario Balotelli was a "£50million player" that they could bring in for cheap and develop.

Rodgers, who was sacked in October last year, signed Balotelli with the money Liverpool received from the sale of Luis Suarez to Barcelona.

The Italian striker cost the club £16m but was one of the Rodgers' last options after he failed to sign Alexis Sanchez.

"We played AC Milan in a friendly in America because what we needed was a replacement for a player who could press from the top end of the field," he told Goals.

"It wasn't just a goalscorer we were after, Luis Suarez was giving so much more than that – the press and how we wanted to work.

"After the AC Milan game I was asked a question and he wasn't someone I felt was suited or fitted the profile of what we were after."

However Rodgers said the club's owners, Fenway Sports Group, thought he could "develop" Balotelli into a world-class player.

"Come the end of summer, when we were struggling to get in the type of player we wanted for that role, the ownership thought [Balotelli] was a player I could maybe develop," he said.

"He's had issues Mario, he's a wonderful talent and make no mistake. You see him on the training field every day, he's six foot three, he's fast, strong, has the touch.

"They thought this is a £50m player that they can bring in for £16m, and I can maybe develop him how I developed a few of the other players.

"When the owners want you to go down that route and there are no other options, you give it a go."

Balotelli went on to score just one Premier League goal in 16 appearances under Rodgers.