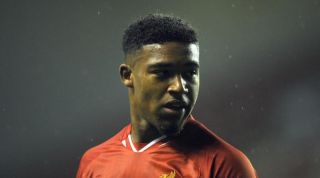 The England Under-19 international spent a loan spell with Birmingham City last term and will gain more experience in the second tier after agreeing to join Steve McClaren's promotion-hopefuls.

Bolton Wanderers were also keen to sign the 18-year-old, who was included in Liverpool's pre-season tour of the United States, but Ibe has opted to go down the same route as team-mate Andre Wisdom last season in moving to Derby.

McClaren said: “We’re delighted that Liverpool have again chosen to loan us one of their promising young players.

"Jordon Ibe is someone who we've been aware of for quite a while and have been impressed whenever we've seen him in action.

"He has a lot of potential and we believe that we can help his career development."

Ibe is Derby's second signing of the week following Ryan Shotton's move from Stoke City and could make his debut in Saturday's clash with Ipswich Town.