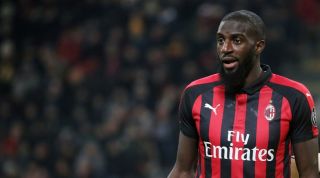 The Frenchman has been at the centre of controversy this week after turning up over an hour late for training.

That, among other issues with the squad, has prompted coach Gennaro Gattuso to impose a five-day punitive training camp on his underperforming players.

Sport Mediaset have now reported that Bakayoko will be fined €90,000 for his behaviour, and he is unlikely to remain at San Siro beyond the end of the season.

The Serie A side have the option to sign the 24-year-old for €35 million at the end of the campaign, but are said to have decided against the expense regardless of whether they qualify for the Champions League or not.

Gattuso’s side dropped out of the top four with a 2-0 defeat to Torino last weekend and are currently seventh, three points behind fourth-placed Atalanta, with four rounds remaining.

FEATURE Why Maurizio Sarri could become Chelsea's most successful failure