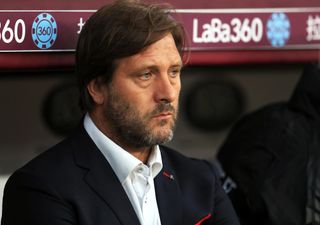 Tottenham begin their Champions League campaign against Olympiacos on Wednesday.

Here, the PA news agency takes a closer look at the Greek side.

Olympiacos have an ingrained link to English football as their owner Evangelos Marinakis also owns Championship side Nottingham Forest. A businessman of considerable wealth, Marinakis took control of his hometown club in 2010 and presided over seven straight league title wins. In 2017 he turned his attention to Forest, becoming the majority shareholder at the City Ground.

The Greek side are back in Europe’s elite club tournament for the first time after one season away. They came through qualifying, beating Russian side Krasnodar over two legs. They are regulars in the group stages of this competition, but have not made it into the knockout rounds since 2013-14. Their best ever run was to the quarter-finals in 1998.

Portuguese coach Pedro Martins is the man in the hotseat at the Karaiskakis Stadium after he replaced former Brighton and Watford manager Oscar Garcia in April 2018. His move to the Pireaus area of Greece is his first job – as a player or coach – outside of his homeland. He featured for the likes of Sporting Lisbon, Vitoria Guimaraes and Boavista as a player, earning a solitary cap for his national team, and worked his way up the leagues as a manager, ending up at Vitoria before his move to Greece.

It has been an impressive start for Martins’ side this season as they have won three out of three domestically and scored 13 goals, conceding only one, in qualifying ties against Plzen, Istanbul Basaksehir and Krasnodar. Their perfect start in pursuit of the Greek Super League title will be welcomed – Olympiacos have spent two seasons out of the winners’ circle in their domestic league, which incredibly is the longest such stint since the mid-1990s. They won their game at the weekend 5-0 against Volos and sit at top of the early league table.