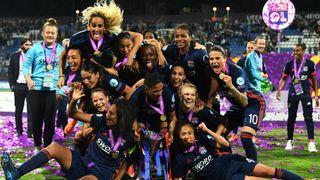 Neither of the last two winners of the prize, United States star Carli Lloyd and Netherlands international Lieke Martens, were included on the shortlist.

Lyon's Reynald Pedros leads the nominees for the coach award along with Emma Hayes, who led Chelsea to Super League and FA Cup titles without defeat in either competition.