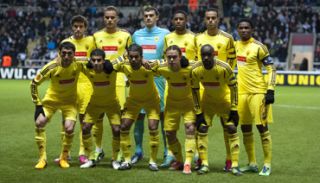 "Following several media reports about the possible cancellation of Monday's match, the Russian Premier League (RFPL) has not discussed such a scenario," the league said in a statement on its website.

The explosions also wounded more than 20 in one of the deadliest attacks this year in a region plagued with violence linked to an Islamist insurgency, investigators said.

Car bombs and suicide attacks are routine in Dagestan, centre of an insurgency rooted in two post-Soviet wars against separatist rebels in neighbouring Chechnya.

Hiddink's team have also reached the Russian Cup final where they will face newly-crowned champions CSKA Moscow in the Chechen capital Grozny on June 1.