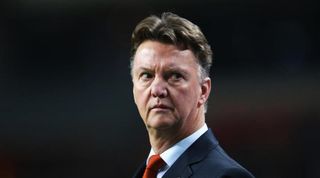 Dutch newspaper De Telegraaf claimed on Saturday that the experienced Van Gaal has come to an agreement with United, who are searching for a new manager after sacking Moyes on Tuesday.

Ryan Giggs was appointed as interim manager of United ahead of this weekend's game with Norwich City, but Van Gaal is the strong favourite to take over on a permanent basis, having already revealed he will stand down as coach of the Netherlands after the 2014 FIFA World Cup.

Responding to speculation linking Van Gaal with the Old Trafford hotseat, a United spokesman said: "There is nothing to report.

"We have not signed a new manager. When we have something to report, we will announce it."

A UEFA Champions League winner with Ajax in 1995, Van Gaal has won domestic titles in the Netherlands, Germany and Spain.

The 62-year-old has previously expressed a desire to work in the Premier League and would bring a wealth of experience at the highest level.