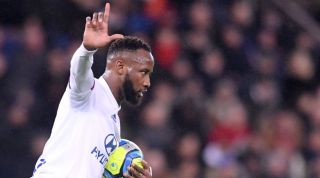 The Daily Mail reports the two Premier League sides are interested in Dembele, who has impressed once again this season. The 23-year-old has scored 19 goals in 36 appearances in all competitions in 2019/20.

It will cost around £60m to sign Dembele from Lyon, according to the Daily Star. And Aulas is ready to let the France Under-21 international leave the Parc Olympique Lyonnais.

"We already have a certain number of offers for our players for summer. We sell the players who want to leave to where they want to go," he said.

United are keen to bring in another striker to ease the pressure on Marcus Rashford - who is currently out injured. They signed Odion Ighalo on loan during the January transfer window, but he will return to parent club Shanghai Shenhua at the end of this term.

Chief executive, Ed Woodward, has been given the green light to sign Dembele - whom the club considered making a move for in January before eventually landing Ighalo.

Chelsea are also in the market for a new forward to complement Tammy Abraham, reports the Independent. Especially as manager Frank Lampard is keen to move Olivier Giroud on. Giroud is out of contract this summer.

Dembele is likely to be a familiar face to British football fans, having previously played for both Fulham and Celtic. The Frenchman has been a prolific scorer throughout his career so far and has netted 39 times in 82 games since joining Lyon from the Hoops in 2018.