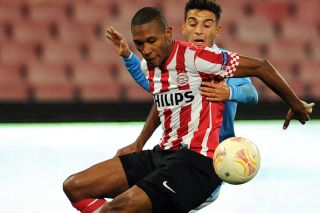 The 26-year-old defender signed a four-year deal with the Bundesliga club and is relishing the chance to test himself at a higher level.

Marcelo spent three years in the Eredivisie, making 88 appearances in the league.

His performances showed enough for Mirko Slomka to take him to Germany and Marcelo is looking forward to getting started.

"Well my first impression here was really really good," he said. "The players gave me a great welcome, and in the training I can see that the players have a lot of qualities and I think it was a great training (session).

"I'm a defender, I like to read the game and as a defender of course I want to fight, I want to win. I never like to lose, never.

"Here it's the Bundesliga, you know the level of the Bundesliga is much higher. I was thankful for a new challenge in my life, that's why I chose to move away now. I had a great time in PSV so it was really the time to make a new start in my life."

Marcelo joins Hannover days after they opened their league campaign with a 2-0 win over Wolfsburg.