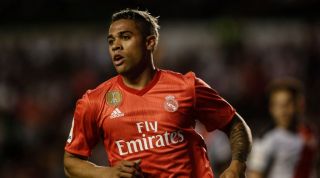 The 25-year-old is on Spurs’ radar as they look for a quality replacement for the outgoing Fernando Llorente.

Mauricio Pochettino is said to be keen on a move for the Real Madrid star, but AS (via SportWitness) has reported that Diaz sees the presence of Kane as a problem.

The England captain is the Champions League finalists' undisputed first-choice striker, which could limit prospective opportunities available to the Dominican Republic international.

Roma and Milan are also said to have made offers for the forward, but he hasn’t been convinced by their proposals either and would prefer to stay at the Bernabeu.

Diaz made just 13 La Liga appearances for the club last season, scoring three goals, and his game time could be further limited in 2019/20 after the summer arrival of Luka Jovic from Eintracht Frankfurt.