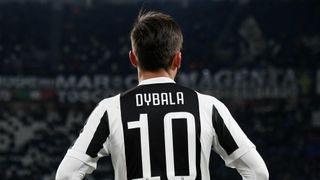 Juventus chief executive Giuseppe Marotta claims the club does need not to follow the example of Barcelona and will not insert a huge buyout clause in the contract of Paulo Dybala.

Intended to ward off any unwanted interest in a prized asset, what appeared to be a prohibitively expense release clause of €222million did not prevent Paris Saint-Germain from sensationally luring Neymar away from Barca in August.

The Liga giants have responded by increasing Lionel Messi's buyout clause to €700m in the latest deal signed by the star forward on Saturday.

Dybala has been linked with a move to join Messi at Camp Nou and may also find himself the subject from other heavyweight clubs across Europe.

But Marotta, when asked about the future of the 24-year-old former Palermo star, feels the Scudetto holders would not benefit from following a similar strategy to Barca.

"I am against the [release] clauses, because when a player wants to leave, he does everything to achieve that goal and breaks that fundamental trust [necessary so that] the relationship can continue," he told Mediaset Premium.