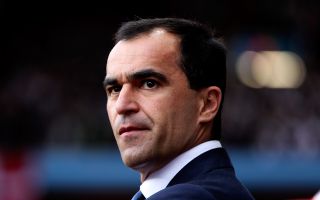 Everton have already beaten Chelsea at home in 2013-14 and will target another high-profile scalp when fourth-placed Tottenham head to Merseyside on Sunday.

And the Spaniard insists his squad are ready for the challenge and intend to use home advantage to spur them to victory.

"We know that we'll have to be at our best on Sunday," he told the club's official website. "I think Spurs are probably one of the best squads in the league, if anything they've coped really well losing one of the best performers last season (Gareth Bale).

"We just concentrate on ourselves. We're still growing and we're still getting better.

"We're a group of players that are ready to compete against whoever and with the support of Goodison behind us."

Everton have not lost at home to Tottenham since 2007 and will hope to extend their undefeated run to seven games on Sunday.