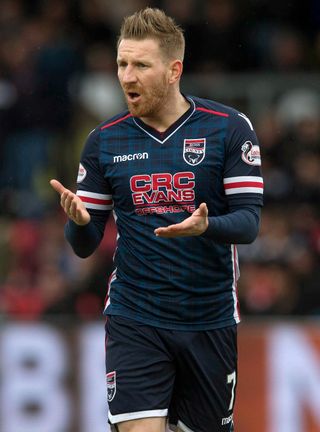 The 33-year-old midfielder’s contract expired after their Ladbrokes Championship title success but he was in no doubt about extending his third spell in Dingwall.

Gardyne told the club’s Twitter account: “I am happy here, I have been doing well here and I’m looking forward to next season.

“I just want to play as much as I can, and help my team do well next season. We are a team who have been used to doing well so hopefully we can take that into the Premiership.”