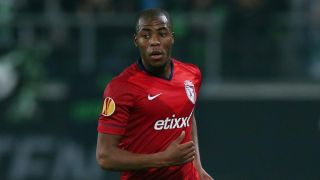 Monaco have secured the services of Djibril Sidibe from Lille for an undisclosed fee.

The French full-back has signed a contract until June 2021 with his new Ligue 1 club.

Sidibe started his professional career with Troyes, before joining Lille in 2012.

He had since made over 100 appearances in all competitions for Lille, but will now continue his career at Monaco as he looks to take the next step in his career.

"It's a great honour for me to have signed for Monaco," Sidibe told the club's official website.

"Monaco are a club with a huge history in Ligue 1 and I am very satisfied to be here.

"I am focused on my sporting ambitions and Monaco are the right club for me to take the next step in my career."

Sidibe has represented France at Under-21 level, but has yet to be capped at senior level. He made the stand-by list for Euro 2016.