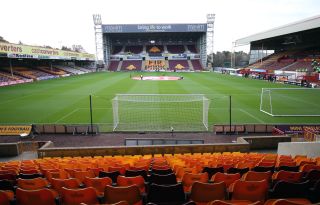 Motherwell director Andrew Wilson faces a Hampden hearing later this month after being charged over a series of tweets criticising referee Bobby Madden.

The Fir Park board member took to social media to criticise the official after Madden handed Rangers two penalties during last month’s 5-1 hammering of Well.

Both spot-kick awards were given for handball in the box, with Bevis Mugabi and Liam Grimshaw penalised under the strict new laws introduced at the start of last season.

But former SNP MSP Wilson aimed his frustration at Madden, first tweeting to point out “two penalties denied for us” after fouls on Tony Watt and Allan Campbell were not given by the FIFA-list official.

And after, with Rangers cruising to victory in Lanarkshire as they moved 3-0 up with their second penalty, he tweeted again: “Farcical decision by Bobby Madden. Two pens to Rangers neither strong but second just ludicrous.”

Wilson then added a third tweet while responding to a post from a journalist, saying: “He has certainly been the most dangerous player on the field for Motherwell to cope with and strong in defence also.”

Wilson, who rejoined the Steelmen board earlier this year after a previous five-year stint which began in 2010, has now been charged with breaking disciplinary rule 72.

Wilson will now be called to answer the notice of complaint at a Scottish Football Association disciplinary hearing on October 29.