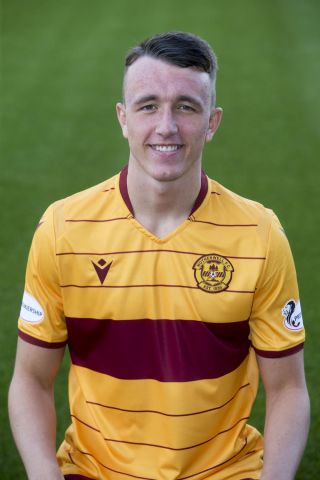 David Turnbull’s imminent return is just one of the reasons why Motherwell manager Stephen Robinson remains upbeat after a difficult week.

Robinson has lost Jake Carroll for the rest of the campaign and probably into next season after the left-back suffered an Achilles injury just before Motherwell lost a William Hill Scottish Cup penalty shoot-out against St Mirren on Tuesday.

The cup exit made it six games without victory for Motherwell and came after they shipped four first-half goals. Already missing Declan Gallagher through illness, the half-time break saw Bevis Mugabi go to hospital with an eye injury and fellow centre-back Peter Hartley was sick in the dressing room.

But all three central defenders and top goalscorer Christopher Long are back in training ahead of Saturday’s trip to Hamilton and long-term absentees Turnbull and Charles Dunne might not have much longer to wait.

Dunne has not played since Motherwell’s previous trip to Hamilton in August but has recovered from groin surgery, while Turnbull is in the closing stages of his rehab following the knee operation which fixed the problem that scuppered his £3million summer move to Celtic.

“David Turnbull is not far away, which brings a big smile to my face when I watch him in training,” Robinson said.

“No timescale but a boy who is looking like he hasn’t been away. When you have a £3million player that is very close to fitness, then it is very exciting.

“And Charles Dunne is back training and played 45 minutes for the reserves. It is like two new signings for us.”

Motherwell play the bottom four in the Ladbrokes Premiership in their next four matches and Robinson was encouraged by their second-half fightback from three goals down on Tuesday before some of his players ran out of steam in extra-time.

“I have been Motherwell manager for quite a while now and there is always a period in the season when things don’t quite go your way, things go against you,” he said.

“You hope and pray it doesn’t happen but it usually does with one of the smaller squads.

“It’s usually between October and December. We have managed to last until February before we have had a little spell. The quicker we come out of it the better.

“We have got a lot of points on the board, we are still joint-third – there’s a lot to play for.

“We have been punished for mistakes as well as injuries, so we can control that. We can tweak things slightly coaching wise to not be too predictable. We will do that and just hope for our luck to change, and I’m convinced it will.

“We have good players coming back into contention in David and Dunney, we have our striker fit again, so there is a lot to be positive about.”