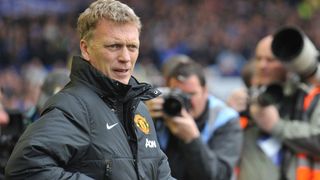 David Moyes insists he would relish the opportunity to manage Manchester United again despite enduring a torrid 10-month reign at Old Trafford.

Moyes signed a six-year contract to replaced Alex Ferguson with the then-Premier League champions in 2013 but he only lasted until the following April having overseen the bulk of a fitful campaign where United slumped to a seventh-place finish.

Speaking to the Clare Balding Show, Moyes – who parted company with Spanish Liga side Real Sociedad earlier this season – explained that he expected to be given time to implement his own vision at Old Trafford and that he would not alter the approach he took.

"Would I take the job again? Of course I would because there are very few managers in the world who wouldn't want to manager Manchester United," he said.

"I wouldn't have done anything different. I'd have only done it different if I'd have known it was 10 months rather than six years.

"Everybody knows that if you have that sort of workspan it changes how you think.

"My understanding was that I was going to a club which always looked after its managers. Even when they were in trouble or it wasn't going well, you got your time to sort things out.

"I was under that illusion when I was there. I didn't think anything else.

"I had a great group of players, they had recently won the Premier League under Sir Alex but it was going to take time for that to change and evolve.

"Of course there was going to have to be a changeover of players in time. It couldn't be done in 10 months."