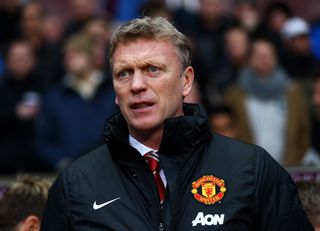 Stepney, who played for United between 1966-1978, described his former side's home form as their main downfall this term.

United have lost four Premier League matches at Old Trafford and suffered a 2-1 loss to Swansea City in the FA Cup third round on Sunday.

Stepney ruled United out of the title race in December and has not changed his mind since, with Moyes' men in seventh - 11 points off leaders Arsenal.

While they may give up their top-flight crown this season, United are into the League Cup semi-finals and play Olympiacos in the last 16 of the UEFA Champions League.

"The thing is we've got to keep going. If we can go on a run who knows but we have to beat the teams that are top when we play them and we've still got to play them.

"To come away with one trophy is a fantastic achievement especially for David Moyes. It would be great for him if we can win that and also qualify for Europe but that's possibly his biggest aim."