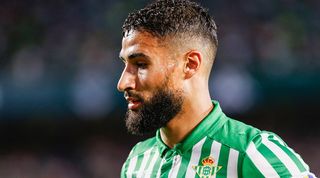 Nabil Fekir's former agent has leapt to the defence of Liverpool after the France international insisted his proposed 2018 move did not fall through because of a problem with his knee.

Fekir appeared poised to move to Anfield from Lyon for £53m last summer, only for the Premier League side to supposedly pull out after reviewing the results of his medical.

The forward suffered a cruciate ligament injury in 2015/16, and Liverpool reportedly feared that he could suffer a recurrence in the future.

However, Fekir insisted this week that his knee is in good condition and that the Merseysiders simply used it as an excuse for the transfer's collapse.

But the player's former representative has now claimed that Fekir is not telling the truth, although he also suggested there was another reason for Liverpool's withdrawal.

"He has to stop this show and stop taking people for fools. Everyone knows what happened," Jean-Pierre Bernes told L'Equipe.

"The transfer to Liverpool has turned around for two reasons. The first is his knee, even though the English club's leaders were willing to make an effort on this.

"The second is the appearance of a foreign pseudo-representative who asked for the negotiations to be resumed from the beginning at the moment of signing."

Fekir joined Real Betis this summer and has made an excellent start to life in La Liga, scoring two goals in his first three appearances.