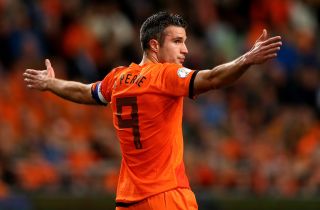 Louis van Gaal's men were already penned in to face France in March and Ecuador in May, but will now have a further two fixtures to warm up for the tournament in Brazil in June and July.

Wales, meanwhile, head to the Amsterdam Arena on June 4, providing the opposition for the final fixture before the Netherlands' departure for South American.

The 2010 FIFA World Cup runners-up have been drawn alongside Spain, Chile and Australia in Group B for this year's tournament.